Bigger on the Inside...

I'm glad you're all coming with me on this, to borrow a phrase from Eddie Izzard.

So lets get right to it.

Keeper of Traken and Logopolis (1980-1981). I have to say, for the dedicated Tom Baker fan -- I must raise my hand here -- these episodes are about as much fun to watch as nothing at all. But they are great season enders, great "era of show" enders, and pretty solid DW into the bargain. Possibly Traken more than Logopolis which gets a bit sketchy towards the end but has pacing and story elements that Russell T. Davies would recognize and, I'm sure, applauds, particularly the end of Logopolis which has a rather Davies-style dirty trick in it. There is a companion in here -- Adric -- who is introduced earlier in the series in Full Circle. Circle is also a good story but...I've never really liked it because a major story element are these fruits that harbor giant spiders that leap out and bite you. This is not something I'm a fan of. So, yes, watch Full Circle to get Adric's intro story but be prepared for the small scuttley things. Both on DVD and I'm pretty sure Logopolis is on Netflix insty.

Since I'm on an Adric kick for a moment, I want to mention Earthshock (1982), Adric's last story. This starts out...weird, and then turns into a nice sound Cyberman story. Not the dorky new series fully-converted Cybermen who can't move above a slow march, but old-school "scary as hell" Cybermen. This isn't the most outstanding Cyber-story ever -- see Revenge of the Cybermen or Tomb of the Cybermen or something along those lines for that. But it's good; Matthew Waterhouse puts in a terrific performance as Adric and everyone else backs him up. His last scene with Peter Davison is great stuff. DVD and I think on insty...?


Spearhead from Space (1970). Jon Pertwee's first episode as the Doctor. Pertwee was told to come to his audition with any costume ideas he might have; he went into his attic and found a trunk of his grandfather's old clothes: velvet jackets, patterned trousers, old elastic-sided boots, and opera capes. A personality followed on naturally: flamboyant, dramatic, occasionally given to bouts of introspection or introversion, given to the grand gesture -- which doesn't always work but almost invariably good-humored about it. Pertwee's doctor was also action-oriented, in direct contrast to Patrick Troughton's predecessor who had been more inclined to run than to engage in fisticuffs. Pertwee's Doctor was an expert in Venusian aikido as well as pretty good at the odd straight right. Spearhead from Space is a great establishing story and it'll give the new series entrant some background on the Autons. DVD and possibly insty.

Tomb of the Cybermen (1967-1968). There are lots of gaps in the Hartnell and Troughton episodes; the BBC wasn't the best at looking after its films and, frankly, no-one thought there would be much interest in the shows after they were aired. Reels of film disappeared off in briefcases and bags and have been found as far from home as a church steeple storage space in New Zealand (unless that was a missing Z-Cars episode I'm thinking of, but you get they idea. They wandered far and wide is the point I'm trying to make.) So for some "foundational" episodes, all we have are novelizations or scripts. Tomb isn't one of these, but I'm saying all that so you can see why I'm not putting on earlier Cyber or Dalek episodes: they might not exist, or only in bits, and they can be hard to find. This one is readily available on DVD (and insty, I'm pretty sure). Tomb is a fun Cyber-sode, gives a lot of background info about the Cybermen and their planet and their general antisocial tendencies, and has a great dribbling villain. Oh, and you get to see Cybermats. :)

Castrovalva (1982). Peter Davison's first episode as the Doctor. I have never really...found my stride with Davison's Doctor. I've watched quite a few episodes but...they never really work for me. However, Castrovalva is awesome DW from pretty much any standpoint. It starts with something freaky and gets weirder from there. There are three great companions -- Tegan, Adric, and Nyssa -- and Davison turns his natural fumbling at trying to follow an act like Tom Baker (who had been in the part for seven years and, for many people, was the Doctor) into a more tentative, thoughtful, sensitive vision of the Doctor than had been around for awhile. And the whole storyline is about the power of narrative and free choice: how can you not get into that? Also available on DVD -- er -- I think. :)

The Face of Evil, The Talons of Weng-Chiang, and Horror of Fang Rock (1977-1978). Okay, three last thoughts and then class is dismissed. We're back to Tom Baker -- I said I was a fangirl! -- and these are the first and two outstanding episodes with my favorite companion, Leela. (I have to say, there may be a tie for "favorite" here -- there's Leela, there's Sarah Jane Smith, and there's Donna Noble. I thought this was a pretty solid original series list until Donna came along.) Face of Evil is Leela's first episode and since she starts off the whole shebang by being on trial in front of her tribe for public blasphemy against their god -- denying his existence in fact -- you know you've got a fairly definite personality on your hands here. Leela's tribe has been going into battle periodically to try and save their god from a rival tribe; nothing ever happens except Leela's people are getting systematically slaughtered. The Doctor arrives -- fresh from the horrors of The Deadly Assassin and having to leave Sarah Jane behind which is just heartbreaking in light of School Days in the new series -- and may have a solution. Or may just make things worse. Weng-Chiang is campy, Sherlock Holmes-inspired Victoriana, including a giant rat and some painfully bad Chinese accents; try not to think about the Orientalism too much and just enjoy the show. Fang Rock is a closed-room murder mystery and incredibly claustrophobic and quite scary. Scared the hell out of me when I was a kid anyway!

There are others, of course; I've left off Image of the Fendahl, The Green Death, The Romans, The Daemons, Masque of Mandragora, Inferno, The Mind Robber, Time and the Rani, The Twin Dilemma, and so on and so on and so on. But I was asked for my recommendations and here they are! (With lots of omissions.) 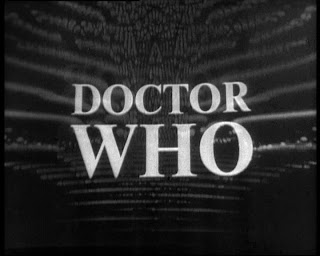 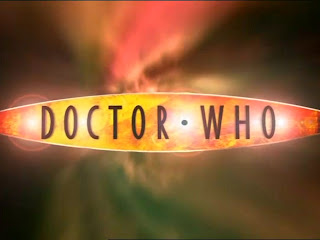 ...I still think I agree with Stephen Fry that there is no sound more indicative of approaching enjoyment than the opening notes of that theme. :)

Posted by KarraCrow at 6:00 AM

Got directed over here from Anna's blog.Some nice choices. If you did it again you'd probably come up with a different list, and the show is so varied there are lots of different reasons to love different stories. Troughton was my fave Doctor unti the 2005 return and of his surviving stories I'm especially fond of The Mind Robber and The War Games.

@tashauk: Thanks for coming over! I scribbled the original list while "working very hard" at my desk one Monday morning and this really is about half of it. I figured I didn't want to witter on for days and days!

If I did it again, I'd probably kick out Key to Time right at the start because I always tell people to start there and it's getting boring! The Mind Robber is a very freaky episode; I still watch it every now and then and wonder if the new series would get away with something similar.

More Whovian fun on Wednesday this week, too!