This isn't really about Rule Number One: either the Whovian or Pratchettian version.

I have, thanks to the grace of the BBC and Amazon.com, finished season 6 of Doctor Who. Yes, yes, let there be rejoicing in the streets and cheering throughout.

And I have thoughts -- plenty of 'em! -- on an episode-by-episode basis, but as I think about those posts and what I want to say, one thought from the season-as-a-whole perspective keeps returning to me in an absolutely irresistible fashion.

It's a message to Steven Moffat and the message is this:

Thank you. In all seriousness, thank you so much for what you have done for a show I have loved for many, many years. Between you and Russell T. Davies, you have done what I never seriously considered to be possible, so thank you.

However, having just watched season 6 -- good one with Gaiman, by the way -- I have one word for you and that word is this: midichlorions.

Google it if you have to or simply watch Star Wars: Phantom Menace.

I urge you to think.

Think very long and hard and for many many hours, or possibly days, before you explain what no-one in their right minds wants you to explain.

Thank you for your consideration.

Email ThisBlogThis!Share to TwitterShare to FacebookShare to Pinterest
Labels: doctor who, rant

So -- About Those Zombies

So, I finished the first season of The Walking Dead in my mad "finish everything before Doctor Who arrives!" dash. (And I just caught the first couple episodes of season 2 on AMC during a marathon leading up to mid-season tonight.)

One of the things that really intrigues me about Dead so far is the strongly liberal/moral stance it has adopted and I nearly originally wrote that sentence as 'moral,' but that wouldn't be true because, well, morals aren't absolute no matter what the fundies might say and I think Dead has adopted a fairly liberal stance. True, they haven't come up against any dealbreakers yet, really: no gay zombies, or trans survivors, or anything like that. But a lot of horror, even very recent horror, takes a pretty conservative stance on things: sex is punishable by death; outsider status (unless heroified deliberately by the narrative) is punishable by death; etc., etc.

Dead seems to be defining some interesting new (or new-ish) territory outside of this rather routine horror storytelling. And this is quite apart from having characters who are adaptable, bright, quick to realise what's going on in the situation and I really have to reiterate my earlier point that I would like to kiss the actors and screenwriters all 'round for not making me live through an unending stream of 'But it can't be happening!' speeches 'cause I can't tell you how sick I am of that. My girlfriend can tell you of the long lectures I deliver to characters in horror movies instructing them to either snap to the truth of things and get a gun in hand or line up to be a hot dinner for whatever evil is on the rampage.

In any case, back to the point.

Dead seems to be lining up to take a slightly new view on things -- but it's being a little heavyhanded about it. You're a racist redneck? Better watch out: someone'll handcuff you to a pipe and (unintentionally) leave you for the eaters. Beating your wife recreationally? Watch out for the (sexually frustrated) sheriff's deputy with a chip on his shoulder -- then the zombies'll getcha, just to make sure the viewers get the point.

It's an interesting idea -- but already, even in season 1, I'm wishing they'd take it further -- and be a little more subtle about it. I don't think that the writers here are going to leave me high and dry the way the writers of Supernatural continually do: "Oh, here's an interesting---oh, shit! oh, shit! something controversial! Padalecki's acting skills can't cope! Retreat! Retreat!" (All said in a kind of quasi-Dalek voice, of course.) At least Dead is willing to talk about things like is suicide an acceptable alternative in this world? Okay, granted that it is, what about someone unconscious in a life or death situation (non-zombie related)? Okay, that's a bit blurrier so lets make it fun: what if it's a kid? What if someone does something really bad to get medical supplies so the kid can make it?

They're all interesting questions and I'm glad to see something genre that isn't backing away from them or cloaking them in so much symbolism and alien hoohah that they're unrecognizable to the naked eye or casual observer. That said, I'd also like some fairly basic storyline questions to be asked at this point: no-one seems all that concerned about infection, for example. Or where the zombies came from. Or where they're going. Or how they behave. Aren't these questions that a group hoping to survive for more than the next ten minutes should really be looking to?

Posted by KarraCrow at 12:00 AM No comments: 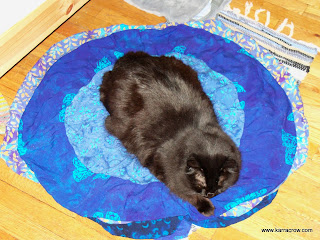 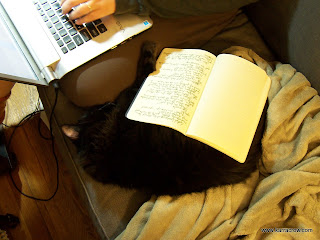 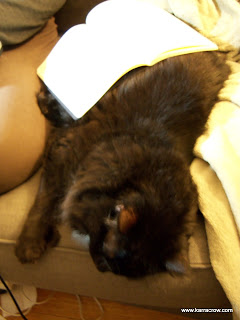 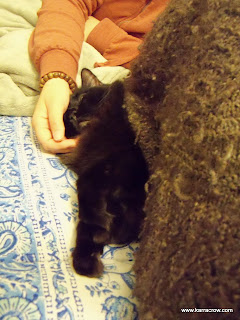 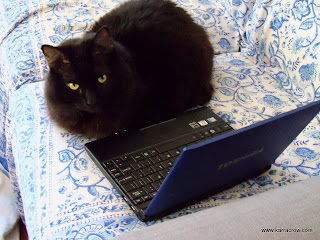 Posted by KarraCrow at 12:00 AM No comments:

1. Do the recent Halloween remakes/reboots/sequels have a hard time given that their progenitor film, made well over 20 years ago, helped set the rules for the modern slasher fic?

2. Is The Walking Dead deliberately setting out to be a moralistic zombie tale or is it just happening accidentally?

3. Do all SyFy Original movies suck or just most of them?

4. Does The Asylum really hate women?

5. And if it's going to be November, why can't it be the end of November so I can get my goldurned Doctor Who season six DVDs?!
Posted by KarraCrow at 12:00 AM No comments: